- September 19, 2009
We all have secrets. Over years, they become memories, a little jaded, a little faded but definitely there.

Lots of memories that are stashed away come alive when you read Jaishree Misra's latest novel, Secrets & Lies, a book that grabs your attention from page one till the end. I

The novel revolves around the age of innocence and the growing up of a bunch of school girls who studied in St Judes', one of Delhi's most famous Convent schools with an Irish Principal, Miss Victoria Lamb whom the girls christen as Lamboo. The four girls in the novel are great friends but their dreams are shattered with the entry of a new girl called Lily. Later, they try to move on with their lives, hoping to forget Lily but haunted by her forever.


There's Bubbles, who had been fat and bad at studies but hails from a wealthy business family. Her ambitious parents arrange her marriage to Binkie, who is the only son of a multimillionaire in London. What touches your heart is that Bubbles doesn't want to marry a millionaire's son because she's totally lost her heart to her best friend Samira's very handsome brother, Haroon. The dashing young man has no clue about this and treats her with fondness just as his sister's friend. Bubbles has her dreams shattered when a new girl joins their batch and Haroon falls hopelessly in love with her.

Samira, the class monitor in their batch, is considered to be an ideal student and friend. She is Miss Lamb's favorite. Every student respects her. She is happy till Miss Lamb ushers in a new student to their class.  An unfriendly girl who has no respect for relationships in a girls' school and treats everyone with scorn and disdain. She thwarts Sam's attempts to become friends and insults her in subtle ways.

Anita is the brightest student in the class, with great ambitions about winning the annual scholarship that will take her to pursue higher education in London. Her position in class is threatened by a new girl who joins their batch that year.

Zeba is the most breathtakingly, beautiful girl in their midst. A girl who knows how to extract favors from men by using her sensuality as the enticing bait. She is an enchantress who has decided to make herself immortal by acting roles in life and on reel. Her dreams too are thwarted by a newcomer who turns out to be more intelligent, ambitious and beautiful than she could ever be.

There is nothing extraordinary about the story's plot. Its dash of mystery surrounding Lily's death and how the four girls feel guilty all their life about it is the main thread that carries the story forward and makes a reader want to know what happens next. It also helps that the narrative switches between their growing up years in Mumbai (1993) and London  (2008). The conversations and phases that occur between the best friends are so thoughtprovoking as it gets you nostalgic about the days when you had similar conversations with other girls.

I loved the way Jaishree Mishra tells the story of four girls and engages the readers with some serious issues that affect Indian women such as:

1. The social need to find a good husband with a highly enviable family background, preferably NRI.

2. The importance attached to being fair, slim and beautiful in the Indian marriage market and needless to say, a virgin.

3. The facade of most Indian marriages wherein couples feel trapped in a relationship and endure each other for the sake of kids and family honor.

4. The infidelity aspect that has crept into most Indian marriages and yet spouses pretend it doesn't even exist. They go about it secretly.

This novel tries to explain how girls are always bonded more strongly by their friendships with each other than with their parents or spouses. With friends, they can unwind, tell their secrets and lies without feeling afraid of being judged and they can give each other convincing answers about the choices they've made in life.

Some questions to consider:


1. Why do we feel able to let down our defences with our friends from school days and not with those whom we meet now and are generally close with?


2.  Girls have secrets, even the good girls. But why do we have secrets? Is it fear? Is it to do with the opposite sex? Is it to prove you are better than the rest? What were your secrets about when you were growing up?

Think about it. Go back to your school days and think about those little moments in your growing years when you think you had secrets of your own that you could discuss with your friends but not your parents and perhaps not even with your spouse. The possibilities of understanding yourself better seems immense if you look within and tread carefully across memory's lane.


That's the very reason why I think Jaishree Misra's Secrets & Lies is a book that's definitely worth reading.

Felicity Grace Terry said…
This certainly sounds like an interesting read. Thanks for giving us those things to think of.
September 20, 2009 at 2:57 AM

Nice review and welcome to Blog-a-ton.

Do visit and join me at

Malar Gandhi said…
Thanks for your timely support, at my blog, dear. It really means so much to me. I greatly appreciate your help.

Its getting hard and harder to safe gaurd our blog these days. We need to be vigilant.

Swapna Raghu Sanand said…
Good to hear that all of you found the review interesting. Yes, without secrets, there's no fun in life, is there?
September 23, 2009 at 1:54 PM

Readers Dais said…
A good review-the way u hve pointed out y to read and the questions to be considered where interesting,took me back to school days,but secrets still come up in life,and freinds are the only source to share..
October 1, 2009 at 10:51 PM

vinny said…
i have a set of shared secrets with my mother and a separate set of secrets shared with my sister!! actually its a similar thing with my brothers and dad too...then come each of my friends and now my spouse:)
Secrets spice up our lives, don't they? Nice review and being a woman, it sounds interesting too!
September 30, 2012 at 3:58 PM

Popular posts from this blog

Five ways to take charge of your anger 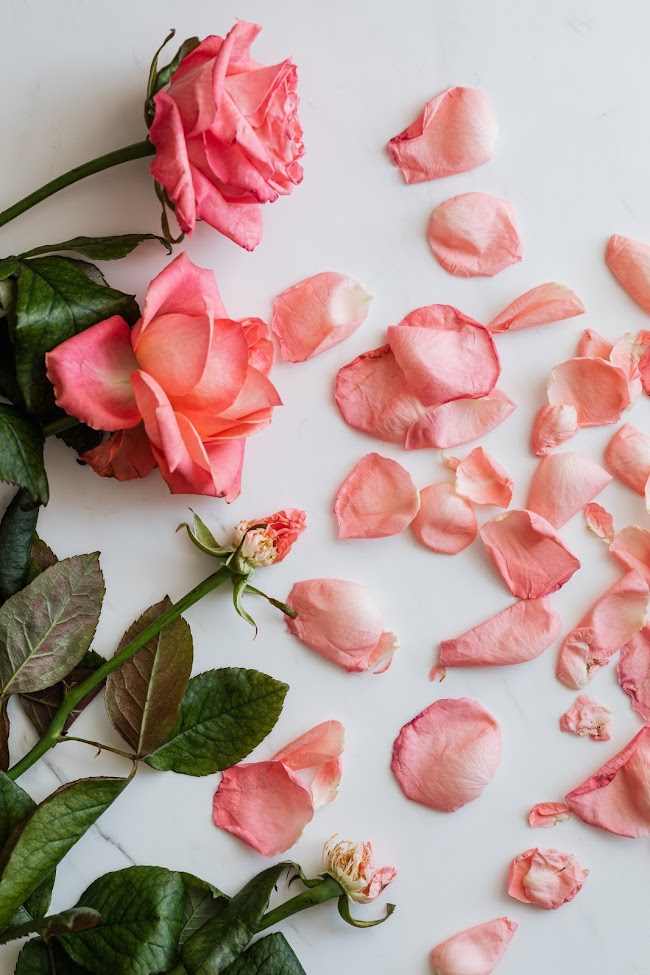 Anger is a self-destructive tool. Trust me, I know because I have lost my cool and it hasn't helped me in a constructive way. Does anger solve your problems?
If anger solved all the problems in the world, this world would have been a perfect place centuries ago.
[READ: What is a mantra? | Adi Shankaracharya's teaching can transform your life]
[Image by Samuel Silitonga on Pexels.com] Anger is self-destructive, don't find out the hard way!
Anger is a self-destructive tool, which does not help you to grow. When anger takes hold of you, learn to take a long, deep breath and don't act upon it. 1. Practice absolute silence. Stay away as far and as long as possible from whatever situation has ignited the anger till the mind is calm, still and able to reflect on the core issue more objectively. When the mind is still, when the thoughts are in your control, there is no scope for anger to rule you.
2. Take deep breaths. Inhale and exhale so slow…
Read more

Book Review: Mehak Daleh's thriller 'And the Roses Bled' captures your curiosity from start till the end 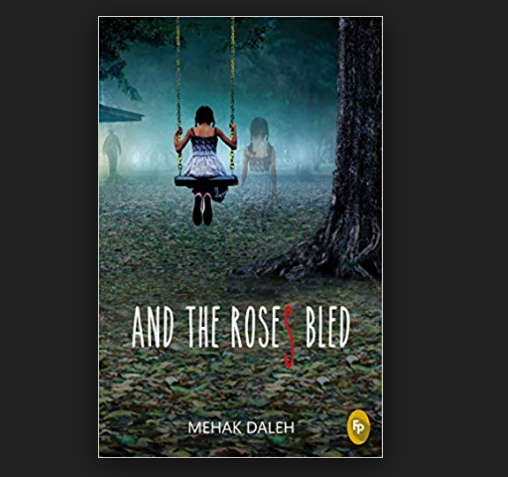 When I began to read Mehak Daleh's debut novel, "And the Roses Bled", I could feel a chill around me, as though the dark narrative is casting its shadows while the characters came to life, particularly the little girls. I found myself looking behind my shoulders. I also liked the subtle ways through which the novel's gripping narrative turns many cliches about crime thrillers upside down.

"Kids know things....they do. But sometimes they refuse to accept or acknowledge what they feel uncomfortable with. They refuse to see it. It is survival. The child has to survive. So, they block things."

The story revolves around a catastrophe that strikes the lives of two little girls. The twins, Nina and Alisha, are happy little girls until one goes missing. What the other twin goes through is nothing less than a nightmare. You feel deeply for every emotion that Alisha is going through. She can feel everything her missing twin feels. Imagine how scary that feels! Her sig…
Read more 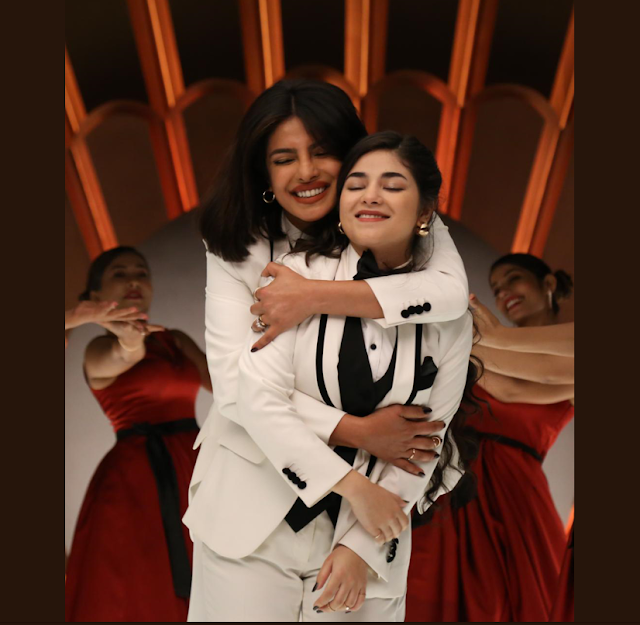 I didn't plan to blog about The Sky is Pink movie review when I set out to watch the Priyanka Chopra starrer, which is based on the true story of a little girl called Aisha (starring Zaira Wasim). But when I cried throughout the movie and felt that my heart was breaking into bits, I knew that I had to write about it.
[READ: Love to watch Malayalam movies? Which is Jayaram's first film?]
[Image: Priyanka Chopra on Twitter]

Aisha is born with a rare congenital disorder, paving the way for a very complicated web of family dynamics, particularly the emotional upheavals that it takes her parents whom she cutely calls as - Panda (Farhan Akhtar) and Moose (Priyanka Chopra).

For those wondering what the story is all about,contemplate on this uncomfortable question: "What would you do if you had a choice - to abort your child to spare it from suffering for an entire lifetime - or to give birth to a child knowing very well that an entire lifetime of suffering awaits?" More signi…
Read more

Sufism in India: Rooted in Love, Sacrifice and Mysticism 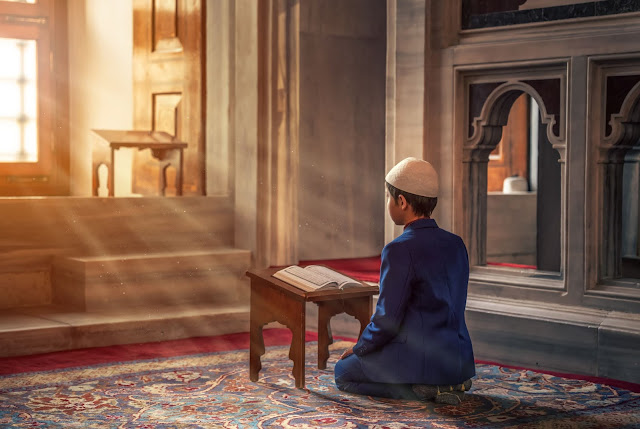 My fascination with the Sufi way of life took root when I first read 'The Forty Rules of Love.' Various Sufism quotes in the book mesmerized me. In Bilquis Jehan Khan's memoir, A Song of Hyderabad, her valuable insights are elaborated in Chapter 21 titled, 'A Holy Man's Life and Works." [READ: What are Tantric Practices? Find out!]


[Image: Pexels.com]
What is the most important belief in Sufism? The author writes in her memoirs, "A Sufi should renounce himself, not others. My father used to say that while a man must stand in the water, his clothes should not get wet. Of course, this is an impossible ideal, but Sufis accept that the goal lies very far away."
She quotes her father's words, "Everyone has a pure heart, but on all hearts you normally find a layer of black tarnish. Why? Because like silver, a heart needs to be polished! And the only way to polish it is to call upon God's name."
[READ: A Song of Hydera…
Read more

Where to eat in Kochi: The Rice Boat restaurant at Taj Malabar, Wellingdon Island offers an experience like no other! 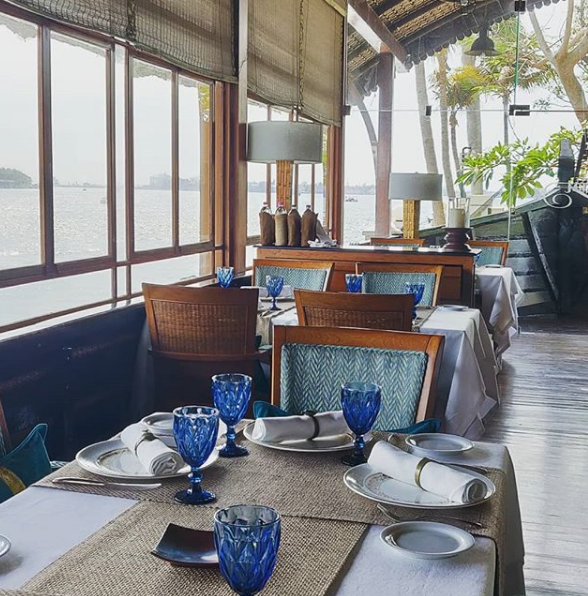 Be it scorching summers or beautiful monsoons, there is no place as enchanting as Kochi, which offers culinary delights to suit every palate. You can be a vegetarian or a non-vegetarian. The vibrant cosmopolitan culture has something for every type of foodie. I have just got back from God's own country and I am missing the delicious Kerala food already, especially sea food.
[READ: Love to watch Malayalam movies? Which is Jayaram's 1st film?]

Not sure where where to eat a delicious lunch in Kochi? The city offers plenty of options but a clear favourite with foreigners and Kochiites turns out to be 'The Rice Boat'.  For delectable Kochi seafood, the Rice Boat restaurant at Taj Malabar in Wellingdon Island offers a culinary delight like no other.
READ: Why SALAD is GOOD for you!
Just sitting by the 'boat-like' restaurant and watching the waves and the spectacular water front view and occasionally spotting dolphins adds to the joy of simply savoring every moment and…
Read more