Showing posts from August, 2012
Show all

- August 29, 2012
Everyone’s watch is set to a different time and the earth revolves slowly or fast depending on the state of one’s heart. – Anjum Hassan (Difficult Pleasures)
The scent of Onam brings with it the secrecy of pain and the tumultuous, roller coaster sense of gradually heightening excitement. Looking back, memories flood back into my mind. Like firecrackers that light up the sky in a brilliant display and burn itself out into a shimmering incandescence, these memories stored safely in my mind turn alight. The memories push through the shadowy boundaries of nostalgia and make my heart flip over with a strange, inexplicable sliver of joy and pain.

So many Onams spring to life. Onam with my parents – where my mother would be busy in the kitchen preparing all the items for the sadhya without any one’s help in the kitchen. When she used to fry the banana chips, I would sneak in to steal some from the hot plate because I didn’t have the patience to wait till it cooled. I’d take some to my father w…
5 comments
Read more

Saree Wear Memories: The First Time and the Second Occasion

- August 27, 2012
When I rewind and go back to take a walk down the saree wear memory lane, it takes me through some interesting and memorable moments. The first time I wore a saree was for a school function where I was to sing with two or three other students. We had to sing an important shloka from the Gita and we all had to wear plain color sarees.
Saree Wear: The First Time Those were the days when I would rush to my cousin and best friend Bindhu for everything. After a lot of saree wear searching, we finally chose a peacock blue raw silk saree. The day I wore it,  no one actually noticed it. My dad was working abroad. My mom is the one who dressed me in it and her worry was about how I would walk on stage without falling over. My sister had already gone to school. Bindhu stayed a little farther from where I stayed and therefore, I don't think I was able to show her the saree wear that day. In school, it may sound funny but it really wasn't. The girls could be exceptionally insensitive and c…
1 comment
Read more 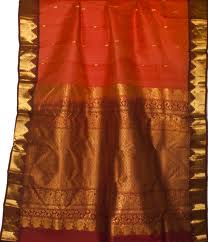 Saree wear is a real dilemma. How to wear Kerala sarees is another dilemma we tend to have. The typical Kerala saree wear was in the two piece format - the set and the mundu but thankfully, we also have the full length kerala saree as an alternative now. Wondering why I am unsually talking about saree wear on my blog? Here's a guy's version of how men dress  traditionally for Onam, do read it.
Well, the festive occasion of Onam is just around the corner. For Keralites across the world, it is an emotionally high 'home-coming' occasion. You could be in New York or in Dallas or in London or Paris or Johnannesberg or New Delhi or Chennai or Calcutta, but you are not going to sit back and eat doughnuts or pizzas on Onam day. You also won't want to slip into casual T-shirt and jeans on Onam.
Maybe it is a psychological thing but I have seen that worldwide, Malayalils revisit their memories, their longstanding love and nostalgia for Kerala and their own cultural roots dur…
7 comments
Read more

- August 20, 2012
Sometimes I wonder if “being mean” is a kind of power that makes individuals who exercise it believe that it gives them some kind of a moral or intellectual superiority over others. Why do people say or do mean things to anyone? Why would they do so among friends?
Not having a mean streak sometimes feels like you don’t have an essential quality that could help you not merely to survive but even equip you with that extra edge to threaten the happy state and survival of others around you, including your own friends.

To love God is to see everything as His and that’s why it’s difficult to be equally mean.  But I do really wish I knew how to be mean. For me, that is as difficult as discovering life on the moon.
So, who knows? The moon may be a better place for people like me.
Post a Comment
Read more

Sufi Story: How hot is Hell? It’s your fire, your choice

- August 16, 2012
This is a beautiful story from none other than the greatest travel writers of our times - William Dalrymple. From his best selling book titled “Nine Lives,” I bring you this Sufi story from the Chapter titled ‘The Red Fairy.’ Ready?
This story is narrated by a Sufi follower about Lal Shahbaz Qalander. One day, Lal Shahbaz Qalander was wandering in the desert with his friend Sheikh Baha ud- Din Zakariya. It was winter and evening time, so they began to build a fire to keep warm. They found some wood but they realized they had no fire. So Baha ud- Din suggested that Lal Shahbaz turn himself into a falcon and get fire from hell.
Off he flew, but an hour later, he came back empty handed. “There is no fire in hell,” he reported. “Every one who goes there brings their own fire and their own pain from this world.”
In life and in death, it is we who create our own fire and our own pain. The choice has and is always ours to make.
Now you decide. Go ahead. Choose how hot and painful you want your H…
Post a Comment
Read more

Can Indian men find happiness in being house husbands? Answer is Yes

- August 12, 2012
Househusband? Indian wives would probably give each other 'knowing' looks rather than admit it as something to feel proud about. But you know what, that is changing. It's not a bad thing, is it? Especially if you look at it from a woman's perspective. Will this trend find more takers? I don't know but I think it will gather momentum.
Chetan Bhagat as House Husband The August 2012 issue of Child magazine presented the parenting views of Chetan Bhagat, best selling Indian author. Pleasantly surprised, I wanted to share some of the statements that caught my interest because I feel that it is bold for any Indian male to make these statements with such honesty and conviction.
For example, Chetan Bhagat states boldly, "I am a house husband. My wife loves to work. That does not make her any less a mother or a wife. She is true to herself, the kids and to me."
I can't think of many successful Indian men saying this with such intense passion. These views differ…
13 comments
Read more 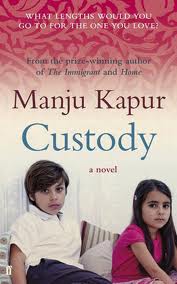 Manju Kapur's fifth novel – following her highly acclaimed works such as Difficult Daughters (1998) and The Immigrant (2009) – explores the tumultous relationships once again set in the thriving, upper-middle-class colonies of Delhi in the mid-90s. The story thrives against the backdrop of the initial surge of foreign investment in India. The very first chapter of the book begins to enthrall a reader with the couple's love making scene.[READ: Tantra and Tantric practices: What are Tantric practices?]

The only glitch is this: it is a married woman having a romantic adventure with her husband's boss. Cheesy as it may seem, the book sets itself apart by diving straight into the troubled waters yet without taking any sides, revealing once again the mark of a true family writer.


Extramarital affair breaks a solid marriage Shagun, the green-eyed beautiful wife of Raman, falls in love with his charismatic, handsome boss Ashok Khanna, who has never been in love before and is determin…
5 comments
Read more
More posts