Showing posts from April, 2009
Show all

Writing an 'About Page' with Sincerity 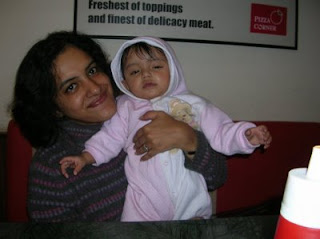 For a long time, my friends and readers have been advising me to get a new 'About me' page for my blog. I can understand that and appreciate their concern as the one I had before revealed next to nothing about me. Living in a democratic country like India persuades me to respect the opinions and perspectives of others. So I decided to do that one step at a time. I have been pretty unhappy with my 'About' page so I just re-wrote it. So, I checked out the best tips on making an 'About' page.

It wasnt too easy because I started to examine who I am, why I write the things that I do and why those things should matter to my readers and friends. It is almost like those blurbs that you skim when you pick up a bestselling novel or book. You really look at the blurb to understand why you want to spend your precious time reading that book.

I remember picking up Jodi Picoult's book, 'Nineteen Minutes' because the blurb stopped me in my tracks. It read, " “Yo…
Post a Comment
Read more

- April 15, 2009
Everything about the Egyptians fascinate us. Whether it is beauty sleep, beauty baths and now even their wines which were believed to be spiked with herbs by the ancient Egyptian pharaohs. That news really got me hooked coz I love finding out new things about wine. Gets me intoxicated:)

Archaelogists published a report on April 13, 2009, in the Proceedings of the National Academy of Sciences. It seems the tomb of Egypt's first pharaoh , Scorpion 1, which dates back to 3150 BC was found to have resides of herbs like sage, coriander, mint and so on in the wine jars.

A cheeky thought leapt to mind, were the Egyptian pharoahs drinking the South Indian spicy appetizer 'rasam' as wine? Of course, its not true. Our dear friend, the respect Scorpion 1 was a real wine connoisseur for sure. His tomb had 700 wine jars. Wish I were an Egyptian, and that someone would build me a tomb made of delicious wines.

Just yesterday, i had read about a wine called Syrah which has the notes of white…
Post a Comment
Read more

You can't miss it if you love your blog. All you have to do is put your blog link in the site and it tells you about your blog type and personality type. Dont forget to share it with me too. Apparently, my blog reflects ISTP the mechanical type. It seems this category reflects people who are highly skilled, loves to work with teams to solve problems and avoids any kind of interpersonal conflicts. Well, this analyzer summed up my personality better than a shrink.

Cheers to Typeanalyzer. I recommend it heartily and trust me, no body is paying me for it!
Post a Comment
Read more

- April 01, 2009
There is no place like workplace. Trust me, I really believe that all I've done at my workplace is learn and communicate with people who have great potential and brilliant minds. In this context, communication is the golden key. You dont agree? Let me explain it a little more.

Lesson 1: Communication is open to interpretation, so take care!
Communication is all about growth and perpetual learning. When you shut yourself from doing and experiencing that, it's like shutting the windows out to block the sunshine. You dont realize how badly the darkness can pull you down but the truth is that it really does. You have to open your mind and intellect to experience communication like never before. That is why today's workplace is such a powerful place. Emotions fly high and so do relationships.

At your workplace, if you got angry with someone, do you think that person will understand without being told? Usually, that doesnt happen. But you dont have to take out verbal swords to make…
Post a Comment
Read more
More posts